Bal Vikas Ashram – www.freetheslaves.net/about/partners/bal-vikas-ashram
Bal Vikas Ashram is a rehabilitation center for children aged 8-14 who have been rescued from slavery in Uttar Pradesh, in northern India. The Ashram organizes raids to free children who have been taken hundreds of miles from their home villages and sold to carpet loom owners. In 2006, the Ashram carried out 19 raids and released 111 children.

Churches Alert to Sex Trafficking across Europe (CHASTE) – www.chaste.org.uk
Founded in 2004, CHASTE works with women and men who have escaped the subordination of traffickers as they recover from the deep and lasting trauma which this form of sex slavery entails. CHASTE was developed from the experience of working with those who were on the point of deportation from the United Kingdom in Immigration and Removal Centers who had been trafficked. They have developed a network of European churches to respond to the increase in human trafficking and provide survivor support.

Church Mission Society (CMS) – www.cms-uk.org/united/index.htm
CMS works with abducted child soldiers in northern Uganda and with citizens who are victims of terror and war. Primarily based in the United Kingdom, CMS provides education and advocacy in churches.

Coalition of Immokalee Workers (CIW) – www.ciw-online.org
The CIW is a community-based worker organization whose members are largely Latino, Haitian, and Mayan Indian immigrants working in low-wage jobs throughout the state of Florida. Through campaigns like the Taco Bell boycott and their antislavery work, Immokalee has transformed from one of the poorest, most politically powerless communities in the U.S. to become an important public presence.

Coalition to Abolish Slavery and Trafficking (CAST) – www.castla.org
Established in 1998, The Coalition to Abolish Slavery & Trafficking (CAST) has been a pioneer in the anti-trafficking movement in the United States and works exclusively with trafficked persons. CAST is a multi-ethnic human rights organization whose mission is to assist persons trafficked for the purpose of forced labor and slavery-like practices. CAST has provided training and technical assistance to thousands of NGO and government personnel and represented the United States at international events on human trafficking. CAST opened the first shelter for trafficked women in the U.S. , offering a model for the development of services to victims of trafficking. CAST’s programs include Social Services, Legal Services, and Training & Advocacy and have assisted over 200 victims of trafficking in some of the most well known cases in the U.S.

Development and Education Program for Daughters and Communities (DEPDC) – www.depdc.org
DEPDC is a community based NGO working in Thailand on the prevention side of the trafficking of women and children into the sex industry and other exploitative child labour situations. It offers free education, vocational training and full time accomodation for young girls and boys.

Emancipation Network – www.madebysurvivors.com
The Emancipation Network gives you the opportunity to fight slavery and help survivors of slavery rebuild their lives, by hosting an Awareness party at your home, office or anywhere in your community, where you can sell beautiful handicrafts made by survivors at 20 shelters around the world. You can also purchase products online. Either way, you offer a pathway of hope and empowerment to women whose lives have been devastated by slavery and exploitation”

Free For Life Ministries, Inc. – www.freeforlifeministries.com
Free For Life Ministries, Inc raises support for safe houses around the world that have a proven track record in the fight against human trafficking. We also provide education to physicians, churches, and the public at large with regard to the problem and scope of human trafficking around the world.

Free the Slaves – www.freetheslaves.net
Free the Slaves battles worldwide slavery by assisting people to freedom and providing assistance to acclimate to life after liberation, by removing slave labor from consumer products and by facilitating governments to enforce their own antislavery laws.

Generación Institute – www.notforsalefund.org/projects.html
Generación is a human-rights organization committed to the protection of street children’s rights in Peru. They provide a shelter that offers educational, artistic, recreational, and employment opportunities. They are committed to rescuing vulnerable children and teens who have been sexually exploited and offer them reintegration programs.

Hagar – www.hagarproject.org
A Christian based development organization based in Cambodia, Hagar aims to provide women and children from extremely disadvantaged backgrounds opportunities for recovery in readiness to pursue reintegration options through emotional, psychological and social support in secure residential environments.

La Strada International – www.lastradainternational.org
La Strada aims to prevent trafficking in human beings, with a focus on women in Central and Eastern Europe. The primary goal is to improve the position of women and to promote their universal rights, including the right to choose to emigrate and work abroad and to be protected from violence and abuse. La Strada refers victims to support networks in the Netherlands, Poland, the Czech Republic, Ukraine, Belarus, Bosnia and Herzegovina, Macedonia, and Moldova.

Nightlight Design – www.nightlightbangkok.com
A Christian ministry based in urban Bangkok, NightLight provides outreach to women and children exploited in the city’s sex bars. It’s main goal is to intervene when children are solicited for sex trafficking and also to provide women with job training and employment through a self-sustaining business.

Not For Sale Fund – www.notforsalecampaign.org
Not For Sale is a campaign of individuals, musicians, artists, people of faith, businesses, schools, and sports teams united to inspire a new generation of abolitionists to fight the modern global slave trade.

Polaris Project – www.polarisproject.org
Polaris project is a leading international organization combating human trafficking and modern-day slavery. Based in the United States and Japan, they bring together community members, survivors, and professionals to fight trafficking and slavery in the spirit of a modern-day Underground Railroad.

Ricky Martin Foundation – www.rickymartinfoundation.org
The Ricky Martin Foundation is a non-for profit organization whose mission is to advocate for the well-being of children around the world in critical areas such as social justice education and health. Our flagship program People for Children condemns child exploitation.

Rugmark – www.rugmark.org
Rugmark aims to end child labor and offers educational opportunities for children in Nepal, India, and Pakistan. The Rugmark label assures consumers that no illegal child labor was employed in the manufacture of a carpet or rug.

Salvation Army – www.salvationarmy.org
The Salvation Army is committed to policy resources and public action against sex trafficking. It assists trafficking victims and has recently launched an international awareness campaign.

Sankalp – www.sankalpindia.net/drupal
Sankalp works with the indigenous Kol people in the state of Uttar Pradesh in north India who have survived for generations as bonded laborers with an illegal debt that can never be paid off. Sankalp helps them organize into micro-credit unions and collaborates with volunteer lawyers to acquire small-scale quarrying leases from the state and to win freedom for the Kol people.

Soujourners – www.sojo.net
A Christian ministry, Sojourners organizes social justice and is dedicated to building a global movement to transform individuals, communities, the church and the world. It collaborates with U.S. and international faith-based groups to combat poverty and the global slave trade.

Tiny Stars – www.tinystars.org
Tiny stars aims to expose the growing multibillion dollar industry of the child sex trade and works behind the scenes alongside law enforcement to capture international child predators. Tiny Stars is also committed to educating the public and give voice to vulnerable victims.

World Vision – www.worldvision.org/worldvision/wvususfo.nsf/stable/globalissues_childprotection_sexexploit
A Christian humanitarian organization, World vision is dedicated to working with children, families, and their communities worldwide to reach their full potential by tackling the causes of poverty and injustice.

Restoration Ministries – www.restorationministriesdc.org
Restoration Ministries, based in Washington, D.C., helps trafficking survivors build a new support system through the body of Christ. RM provides a safe and nurturing environment for men, women and children to be restored.

Vision Abolition – www.visionabolition.org
Vision Abolition is fighting to end sex trafficking across the world. Join the movement committed to changing lives, one person at a time.

Vital Voices Global Partnership – www.vitalvoices.org
Vital Voices Global Partnership believes in the transformative value of women’s participation in society. We invest in emerging women leaders – pioneers of economic development, political participation, and human rights in their countries – and we help them build the capabilities, connections, and credibility they need to unlock their potential as catalysts of global progress. Combating human trafficking is one of Vital Voices’ main focuses to protect women’s rights.] 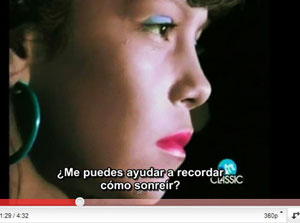